Brexit and You - Holiday Driving

How will Brexit affect holiday drives into Europe?

For many years now UK residents have enjoyed visa-free and relatively trouble-free travel to Europe as a result of being an EU member state. Apart from the need to familiarise yourself with the specific legal requirements for driving in another country, and making sure your insurance and breakdown cover was adjusted accordingly, there was little further planning required. Whether taking your own vehicle on the ferry or through the channel tunnel, or arranging a fly-drive break to any of Europe’s cities, once there, you had the freedom to cross borders unimpeded, and the peace of mind of reciprocal arrangements for medical care in the event of an accident. So what, if anything will change if and when Brexit becomes a reality? While there is still so much uncertain it is difficult to answer that question unequivocally. At the time of writing, we still cannot say definitively if there will even be a negotiated deal, or even if Brexit will occur at all. However, this article aims to give at least some insight into how things might change on March 30th. Despite every effort to ensure this information is correct, as a result of the uncertainty surrounding our departure from the EU, it is still possible that some of the advice given here will need to be updated or corrected as new facts emerge.

Deal or no Deal?

* which has been resoundingly defeated in Parliament

If you take out your UK driving licence and look at the front, it bears the EU flag surrounding the letters ‘UK’, as well as the Union Flag, indicating that this is a UK licence. Of course, you will not need to replace your UK driving licence to drive in the UK. You should also still be able to drive in Eire, (Republic of Ireland) without additional documentation. For driving in some EU and EEA countries, however, in the event of a no-deal Brexit, you will need an international driving permit (IDP). There are three conventions of IDP, and different countries recognise different ones. The current advice from the AA on which countries will need which permit is as follows.

1968 Convention IDP (all other EU countries, Norway and Switzerland)

Ireland has ratified the 1949 Convention but doesn't require foreign drivers to carry an IDP.

Obtaining an IDP is done through the Department for Transport and is done, in person, at the Post Office, from the 1st of February.

If you are taking your own car to Europe, you will need to make sure your insurance policy covers you for driving in any countries you intend to visit. While all UK insurance policies provide the minimum 3rd party cover for driving in EU countries as standard this will not automatically apply in the event of a no-deal Brexit. In any event, you should contact your insurers directly to find out exactly what you are covered for and where. In the event of an accident abroad, you will almost certainly want more than third party cover. A temporary extension to fully comprehensive cover is a logical minimum, and additional cover against legal costs is a good idea. It’s difficult enough arguing with lawyers at the best of times, without having to deal with a different language and set of laws. In any event, you will need to ensure you carry a ‘green card’ to prove that you are insured to drive abroad. As well as making sure you are insured, if you don’t already have a dash-cam, then a trip abroad is a great time to invest in one. Dash-cams are becoming increasingly common and nothing stands up in court quite as well as video evidence. In addition, some insurance companies will offer a discount if you regularly use a dash-cam so it’s well worth looking into.

Although the EU has indicated that UK citizens will not require a Visa to travel in the EU in the immediate future, even in the event of a no-deal Brexit, there are still some things that you will need. If we leave without a deal, then you will need to make sure your passport is valid for long enough after your stay. Citizens of third countries are required to hold a passport issued less than ten years ago, and with at least three months before expiry. Additionally, the UK Gov advises that you should have at least six months left because UK citizens may visit the EU for up to 90 days without a visa. If a withdrawal agreement is agreed, then no such restrictions will apply. Similarly, the European Health Insurance Card will still be valid if a deal is agreed, but without such a deal you would need to take out separate health insurance to cover you against any health issues arising while abroad. While talking to your insurance company you should also check what terms of cover apply to any disruption caused by unforeseen circumstances arising from a no-deal Brexit.

If you are driving abroad commercially, either transporting goods or for work purposes, this is at least one more large article in its own right. However, if you are self-employed you may well be taking your work van on holiday. And of course, many will still have reason to be working abroad and, presumably dealt with all the new regulations required. In this case, most of the advice above applies the same as for other road users. It is important however to make sure when speaking to your insurance company that you make clear you are travelling in a professional capacity. Whatever your trade, you will likely be carrying tools or other equipment need to carry out the work, and you will want to make sure these are covered in the event of a theft. Similarly, you will want to make sure that you are covered against any delays due to an accident, legal issues, or bureaucracy which might cause you to be unable to meet commitments and carry out your work.

In general, the withdrawal agreement, or any future withdrawal agreement that may or may not be negotiated and ratified would make most additional preparations unnecessary. However, the very real possibility of no deal being agreed in time means that, if your travel plans involve visiting Europe from 29th March and for the next few months at least, then you would be better off preparing for a worst-case scenario rather than waiting to see what the situation is. Plans can easily be scrapped, if it turns out they are not needed, but if we do exit the EU without a deal and you have not made any arrangements then it may well be too late. Whatever the outcome, it is hoped that you will have an enjoyable and trouble-free trip to Europe. 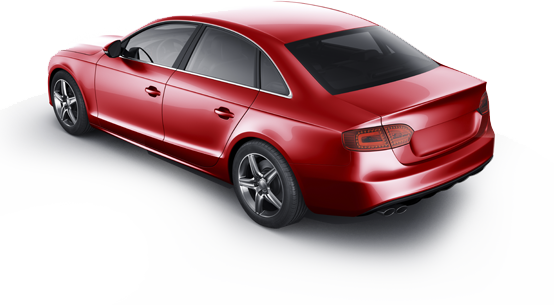